Dewdrops is a roots reggae/ska/dub/rockers/rocksteady band, hailing from Rymbai Village in the Jaintia Hills of Meghalaya. The band came together with one common interest to share- music and to promote the message of love, peace and brotherhood through their music. The band comprises of Rowynk Dkhar as the lead vocalist, Leonard Dkhar as the guitarist and vocalist, Eglancis Dkhar as the lead guitarist, Daioh Lyngdoh on the electric bass, Manavon Massar on keys and Doni Ksih on drums.

R&L’s Lisa, caught up with the band members for a quick chat during one of their sessions, to talk about the band, their musical style, inspiration behind their music and thoughts on the music scene in the northeast. We are from Rymbai Village and are hugely influenced by the legendary artist, Bob Marley. In the beginning, we would get together for  jam sessions and play mostly Bob Marley’s reggae songs. Then later, we formed our band in 2007. In fact, our band name, Dewdrops is inspired by one of his songs.

The name ‘Dewdrops’ came about because we wanted to relate it to something natural, something that is very prominent and visible to the eyes in our day-to-day life.

We mostly compose roots reggae music but lately, we’ve been indulging more into creating new styles of music like dance hall. Reggae was first introduced in the sixties and is quite old school, and now it’s a making a comeback as the Reggae Revival, which we are very proud to be a part of!

We are inspired by everyday things in life that we come across. Basically, the world and life around us. It is mainly our upbringing and the environment that we grew up in that has played a major role in the influences we have in our music today. We don’t play commercial music, so we are not that influenced by the international music scene. In our opinion, Northeast seems more familiar with the Indian music scene. We feel closer and connected to the music scene out there in Goa and Delhi.

To be honest, people generally have a misconception that playing music or to be musician is just about fame or living a wealthy lifestyle. They assume it to be pretty fancy to opt for music as a full time profession, playing for a hobby, traveling and going places. But honestly, there is a lot more to it. It’s like any other profession as it’s not easy  sometimes to travel under different conditions and situations.

Music is an art. To some it’s a light-hearted hobby,but for some, it’s a means of livelihood as well. Music deserves to be taken up as seriously as any other profession.

We would like to thank R&L for showcasing our band and giving us the platform to promote ourselves!

You can watch the whole interview below. 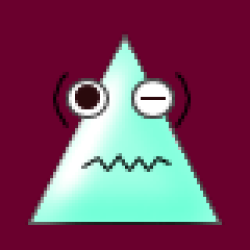 Lisa
Assistant Coordinator in Law Unit(NGO). A music enthusiast who occasionally sings, has a fetish for shoes and loves cherry blossoms.

Latest posts by Lisa (see all)