Not long after the first International Cherry Blossom Festival pulled in almost 30,000 tourists from the nearing states to Shillong last year, Meghalaya yet again geared up for the second international cherry blossom festival. It was held at different locations across Shillong from the 8th November – 11th November 2017 to commemorate the cherry blossom spread through out the state. A quick look back!

The Himalayan cherry blossom grown wild in Meghalaya has long been associated with Japan. This annual festival is a reminiscent of the local heritage with its white and pink blooms all over the hills of Shillong. With around 5,000 trees planted along the Umiam Shillong road, Mawphlang and Ward’s Lake, the government of Meghalaya further targets to plant 20,000 trees by the festivals’ 50th anniversary. Day One of this years’ event kicked off at the 5th Ground, Polo Grounds, Shillong hosted by the Meghalaya Minister for Forests & Environment, Clement Marak. The opening day was marked by a pleasant painting and drawing competition followed by story telling, local folklore and fashion show accompanied by a great display of lights at the famous Ward’s Lake Shillong.  The event also came with a food and wine fest at Tara Ghar, opposite Ward’s Lake. A great multitude of crowd came over to witness the festival with some lights, music and wine for the night. Day Two  went underway with a marathon through the city followed by the display of traditional archery and the evening lit up Ward’s lake and polo ground with some western music. Both the days saw Ward’s lake as a recreational hub with people of all ages coming by to witness the beautiful setup of lights and not to mention the tranquil and welcoming crowd together by some great music.

Day Three and Four basically summed up the event coupled by a series of traditional songs and dances, such as the Mask Dance from Sikkim and Nongkrem from Meghalaya that remains a key takeaway for tourists to take home memories of the rich culture here. On both these days music was the highlight, with a DJ and Rock show to cheer up the crowd and show Shillong as the true rock capital of India. A late bloomer this year

Though a lot of fun and activities ensured visitors had a great time at the festival, the show stopper was late. Since the first day of the festival there were almost no white and pink flowers to glorify the event. The late bloom this year is believed to be an effect caused by climatic change. However, sights of flowers blooming at upper Shillong kept the spirit up and we could just hope that the next time around we get our red carpet star ready for the showcase. To summarize the four day thrilling and fun filled festival, the event ended on a good-spirited note with fun traditional songs and music playing through the end, followed by some great food. These blossoms have a Japanese story of its own and who knows Shillong could well be on its way to make one of our own story to celebrate the one of a kind Autumn Cherry blossom festival. 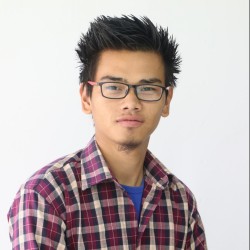 Badal Nyalang
A coffee addict and a self-proclaimed writer. Love bonding over food and some interesting stories.