“Music is the universal language of mankind.”― Henry Wadsworth Longfellow. Rizal Abdulhadi from Indonesia believes this to be true. He is a full-time musician, instrument builder, multi-instrumentalist, social activist, video producer & editor and the founder of the ‘ThatBamboo’ company – a music label that uses bamboo to create hand-crafted musical instruments.

The most interesting fact about Rizal is that he makes his own instruments out of bamboo. His most recent handcrafted instrument called ‘Rasendriya’ is a combination of guitar with didgeridoo and celempung (percussion).He recently came to India for the Ziro Music Festival, and we had a chat with him to know more him, his music and his craft.

Rizal Abdulhadi was here in India for the Ziro Festival of Music and R&L team caught up with him to know more about him, his music & his unique musical instruments – and his experience with the people, the place and the festival at Ziro, Arunachal Pradesh Hi! I am Rizal Abdulhadi from the band – Rizal & The Rasendriya. I was born and brought up in a small village in West Java, Indonesia and now currently settled in Ubud, Bali. I own a music studio and record label called ‘Tropical Folk Records’ and another studio called ‘ThatBamboo’ here in Bali itself, with my team.

“My music takes inspiration from mankind itself – the people, their daily life and their existence and believes in creating a social movement through his music to make the world a better place to live in.”

My music genres are generally a fusion of Folk, Reggae, Rock, Ballad, Blues and Bluegrass. Some of the great musicians that has inspired me thus far are Pete Seegar, Bob Marley, Rage Against The Machine, Bob Dylan, Victor Jara, Ben Harper, Xavier Rudd.

“I chose bamboo as the material to build musical instruments because I believe bamboo is the most humble and sustainable material. “

Rizal Abdulhadi with his handcrafted musical instrument made of bamboo Photo | Rizal Abdulhadi with his handcrafted musical instrument made of bamboo

“Beautiful place with gorgeous people. It was a bit hectic as I had to travel a long way and it was my first time there but it was definitely worth it.  The amazing view, location and awesome line up for 4 days at a go. I feel so honored and grateful to be one of them, being the only musician from Indonesia to have ever played at the Ziro Festival of Music.”

Rizal (second from left) with his band members ‘Rizal & The Rasendriya’ Rizal (second from left) with his band members ‘Rizal & The Rasendriya’

I want to join the movement to change the world for it to become a better place for us and for the next generation after us, equally. Living a life of harmony and with love is what everybody deserves, side by side with each other and with respect to nature and the creation.

“I also want to emphasize on the fact that how crazy is the concept of capitalism. It has changed our minds to be drawn more towards consumerism and make us forget that we can actually make things with our own hands and there’s absolutely no need to think to always BUY and BUY!

The other way to fight capitalism is through channeling more creativity into our lives and stop supporting them and thus, protect mother earth as well in the process. That’s one big reason why I make my own instruments out of sustainable resources i.e., bamboo. Let’s start to be more creative and less consumptive in the long run.” 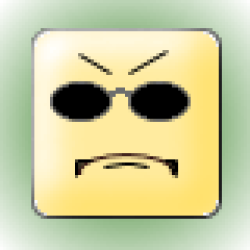