“Traveling – it leaves you speechless, then turns you into a storyteller” – Ibn Battuta. And a story teller we find in this young Australian traveler who embodies every millennial’s dream to travel the world.

Meet Callan Green from Melbourne –  studying at Deakin University and currently living in Ahmedabad, and travelling across India. Callan is an architecture student at Deakin University and a full-time traveler. Years of traveling have also nurtured in him a passion for photography. Interacting with communities as a volunteer across the world has taught him various facets of global education. He attributes his deeper understanding of architecture and sustainable living also to his extensive travels.We spoke with Green to understand what drives travelers like him to keep the travel bug alive.

“I am a student at Deakin University. I work as a barista at a small café in Melbourne, Australia. Slowly, my studies and travel became so intertwined with each other that over the past four years, I’ve spent nearly three of them overseas. I started this chapter of my life by first spending half a year in Canada as an exchange student, and the next half studying in Seoul.  As of now, I have been living, studying and interning in India for nearly a year under the Australian government’s New Colombo Plan scholarship. Support from my university and the Australian Government have allowed me to stretch my travels this far.” Callan with his friends in South Korea, where he was an exchange student | Photo @callan.green

“On this visit to India, I decided to focus on the northern part of the country and explored Ahmedabad, Jodhpur, Pushkar, Delhi, Chandigarh, Rajkot, Modhera, Gandhinagar, Sarangpur, and many more cities. Right now I’m planning on embarking on a solo trip to tour Sri Lanka, Chennai, Auroville, Manali, Leh, Amritsar and then back to Korea.” I landed in India for the first time at Goa airport with another Australian friend, hot off the trail from Indonesia and Malaysia. We had ended with a lost phone and wallet thanks to our celebration the night before leaving for India. We landed here with no money, no phone, no plan for an accommodation, frankly no idea of what we were going to do.

Thankfully, India was kind to us! We quickly learned that you must travel India at India’s pace and everything else will work itself out. These are the things I found myself realizing whilst sitting on the banks of the mesmerizing Ganges river at sunrise and walking the beautiful colored streets of Rajasthan. Gujarat attracted me through CEPT University. Beyond CEPT, I found a rare, quiet city nestled within a vibrant, crazy India with people that accepted me into their community. It allowed me to experience a fascinating mix of contemporary and traditional India. I think that’s an experience that an average tourist often misses out on. Callan hanging out with his new friends at CEPT, Ahmedabad.

Callan currently lives in Ahmedabad and calls it to be his second home. “If I had to call one place home, it would be hard to choose between Australia and India.” Exploring the nook and corners of the city of Ahmedabad | Photo @callan.green I have spent a great deal of time studying Ahmedabad’s housing context. In fact, this was a part of my studio focus for this semester. Ahmedabad is a wonderful example of India’s rich history of architecture. Engaging with people in the housing societies, apartment and slums of Ahmedabad has become a fascinating journey. It has exposed raw, honest expressions of daily life, the hardships of living in informal settlements and the many wonders and marvels of this city expressed through children, families and communities to me. Soon I will leave Ahmedabad for Leh and Ladakh, where I will stay and volunteer for a community rebuilding and empowerment NGO. Later, I plan to venture towards Eastern Europe traveling over land through Pakistan, Iran, and Turkey. As I leave the shores of India, I know India will not leave me. I will be back soon enough! 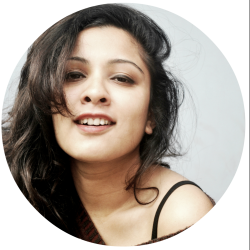