Punya Arora is a comedian born and raised in Bangalore and is a self-proclaimed Biryani connoisseur! Her style of comedy is observational, light-hearted and may involve more than one accent. She is also a part-time photographer who is a visiting faculty member at Light & Life Academy, Ooty.

What’s amazing about this strong woman is that she has touched every aspect of the media – radio, TV, web series, trailer launch, the stand-up stage, panels and more. The amount of perseverance and courage it takes to keep reaching for a new opportunity is definitely inspirational! Let’s have a deeper look into her life, on our blog. Link in bio and below. Hello, my name is Punya Arora. I’m a Punjabi but I was born and raised in Bangalore. I spend half my time in Bangalore and the other half in Mumbai for comedy shows. I’ve done my Bachelors of Business Management from Bangalore and then my post-graduation diploma in Professional Photography (specialising in people photography underwater). I’ve been a visiting faculty member at Light & Life Academy in Ooty for the past 7 years and the youngest to have ever taught there! Recently though, I have been on a 2-year photography break because stand up has been taking a lot of my time (definitely not complaining!). 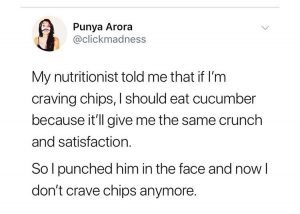 I’ve always been very talkative. I used to mimic my teachers and used to experiment with different accents while I was in school. I never thought I was going to become a comedian, but I did like the idea and at some point decided to try it out for fun! It was a very organic shift, one open mic turned into several shows and it’s been almost 4 years now. I love it so much! Punya with her mother One of 3 female comedians from India performing in Dubai with an all-female setlist.

My upbringing really constitutes the basis of my work. I’ve been brought up by a single parent, my mom, she has influenced my work greatly. My acts, like her, is strong, confident, experimental, fun, yet thought-provoking! “My first standing ovation – at a corporate show”. My love for photography

A little bit of planning goes a long way. Both photography and comedy happened to me by chance. They both are something I wanted to try and ended up being good at and pursuing longer than I thought I would. At the moment stand up is my main focus. In terms of photography, I just do fewer – more personal assignments where I’m not bound by deadlines. How I plan out my act. Every expression is priceless

I love being on stage and making people laugh. It genuinely brings me joy! But having a voice that so many people are listening to is also a form of responsibility. I make sure to talk about things that would make people think and address social issues as well.

I have an upcoming stand-up special which I’m going to tour the country with (hopefully travel abroad with) it’s called, ‘Meri Maa Ki!!’. The show talks about my personal life – being brought up by a single parent and having a father who wanted a son and how he refused to see me because of my gender. I feel like in a country like India, these are important issues to address, and because I can do them through humour – I always feel really motivated. Panellist at the Banglore Comedy Festival, ‘Women in Comedy’ Well, most observant people also have to be really sensitive. To be able to write a joke on the kind of topics that most comics do, they have to be in touch with themselves – more so than the general population. The best comedy comes from the most vulnerable places and it’s one of the most beautiful things to watch come to life. I want people to remember me and I want my words to create an impact even if it was a night with 10 comics on the lineup. Being able to bring up something that will remain as an afterthought and becomes a conversation much later- has always been my aim. Yes, I was on TedX, It’s titled ‘The Importance Of Timing In Stand-Up’, it was a fun opportunity. The other milestone to look forward to is a web series I’m involved in, which will be out on a pretty big streaming platform. I have been part of a writing team comprising of 4 women, I’m hoping people will find it interesting. That’s all I can say for now but I’m very excited about this!

We wish Punya best of luck for her future endeavours, please do follow her on Instagram for further updates!