What do you do when you do not have a great academic record – but is willing to work hard to be successful? What are the career options available to you if you are a humanities student? If you are already familiar with these questions, then you will enjoy our chat with today’s guest, Ahmed Dulla – the famous shoe designer of the brand “Dulla Shoes” from Nepal.

Ahmed Dulla talks about his journey, his brand and important life lessons he learnt along the way. “During my internship, my boss rejected all my designs saying they were worthless. I was not convinced, so I took the designs out of the dustbin and shared on social media. Within a few minutes, I started getting countless messages and comments from people asking if they were available for purchase and enquired about the price. I began to wonder why would these people show so much interest in a shoe that was thrashed (into the dustbin, literally!) by my boss just a few hours ago. That night I realized before going to bed that, One man’s opinion isn’t the final judgment.” Ahmed shares such wonderful gems like this and moreover our chat, and we also get a glimpse of how his shoes and his brand have evolved over the years.

We had an honest chat with Ahmed Dulla, the proprietor of the footwear brand “Dulla Shoes” from Nepal. He talks about the struggles he went through during the initial phase of discovering and achieving his dreams! Ahmed Dulla – Proprietor of Dulla, The Factory Team from Nepal

Hello! My name is Ahmed Dulla, 32 and I’m from Nepal. I did all my schooling in India from Saint Augustine’s School, Kalimpong. I was sent to India with the hope that I wouldn’t be a mischievous boy and show some interest in studies. All throughout the school days, I never enjoyed studying and was never promoted in class 4 and 7 and had to repeat these classes twice. I’ve always thought that in the future I would choose to become a taxi driver as my career because I had the notion that it was a cool idea of earning – all you had to do was drive around passengers and earn money. I even went to the extend of telling my dad about my future plans when I was a small kid. I remember him saying, “As long as you work hard, I am fine with it”

One day, I was sitting in front of the desktop with the Google page open wondering what to do. Then I remember typing on the search engine “What can humanities students do in life?”. With a long list of options I get to see a career option “Footwear Technology” which caught my interest instantly as I was into playing basketball and since basketball sneakers plays a big part of my interest, I began to search this unknown territory. I somehow decided that night to try this career and went on to tell my father who was little apprehensive as to such career was never heard of. I remember he reluctantly agreed to my choice of career. As the news spread across the families, I was discouraged since no one liked the idea. Some wanted me to go abroad and study and earn money like the rest. Some went on the say “why do you want to study such a low caste career!” Many went on to poke fun and began to tell me they would see me in the future in the street as cobbler mending shoes!” For the next 3 years, I was nicked name as “mochi” everyone began to call me by this name.

But deep inside what they did not know was I wasn’t really affected by such name calling. I actually was enjoying what I was studying and never got bored of it. I always attended my classes and never skipped classes and was infact always looking forward to next day classes as the day ends. After I completed my graduation, I had no job as I had not applied for any campus placement and was busy making shoes and selling them to my friends until the college administration came to know of it and had asked me to leave.

Work Mode : Ahmed Dulla doing what he does best! Work Mode : Ahmed Dulla doing what he does best! I decided to apply for an internship with a factory in Mumbai still not knowing what I would be doing next. I remember the first thing my boss had asked me to get ready with a summer collection and to present it to him after 2 weeks and on the day of presentation, he rejected all the designs as he felt nothing was worth. One of the design for him was so bad that he had asked me to put them in the dustbin to which I did. That evening before I left for home, I took out the shoe from the dustbin and took a picture of it.

I went home and uploaded it in the social media page with no caption as I did not want people to know the real story. I wanted to actually see how many likes I would get but within few minutes, I started to get countless messages and comments from people if that design I posted was on sale and enquired for price. I began to wonder why would these people show so much interest in a shoe that was in the dustbin few hours ago as I was told by my boss the shoe was worth being inside the Dustbin. That night I realised before going to bed, “One man’s opinion isn’t the final judgement”. I finished my internship to return back to Nepal with no future plans. I did a little market search and thought why not use the little experience I had learnt during my internship and start a brand of my own. I went back to my dad to help me finance my idea. He asked me how much do you need? I replied instantly 2.5 lakh randomly. After being handed over the cash I began to shiver as I had never seen that much of amount ever being handed over to me and secondly, I had no idea how to start and whom to seek advices for about business as I was only taught how to make shoes.

For the next 3 years I started to work all on my own from designing to making and delivering of shoes. I went on to social media platform to promote and market my goods. I went to every friends and families to buy my shoes but everyone was only looking for free shoes. Realizing I had to sell besides to earn I began to shift to potential customers who never knew me and they began to buy few pairs and gradually with time and patience the word of mouth marketing began to play in few years time. The responses only began to grow with time. After almost 10 years, finally last year 2018 I decided to have retail stores for people to feel and touch and buy my products. In total, I have got 4 stores at the moment. With another 3-4 more stores in the pipeline.

A look at one of Ahmed Dulla’s store TFT at Labim Mall, Nepal A look at one of Ahmed Dulla’s store TFT at Labim Mall, Nepal

Ahmed Dulla giving a speech and sharing his experience with the students of ACE management college at Kathmandu, Nepal Ahmed Dulla giving a speech and sharing his experience with the students of ACE management college at Kathmandu, Nepal

I am still learning everyday about new business ideas and branding and everything possible. Every failure only has taught me what not to do next time. Experience is the best teacher in life. It is completely okay to fail in life and learn. The society will only watch to see you fail and never come forward to help you or even ask you if you are alright. You need to fight your own battle everyday and only you will know how.

Follow Ahmed Dulla and his brand “The Factory Team” on Instagram to know about him and his work better. 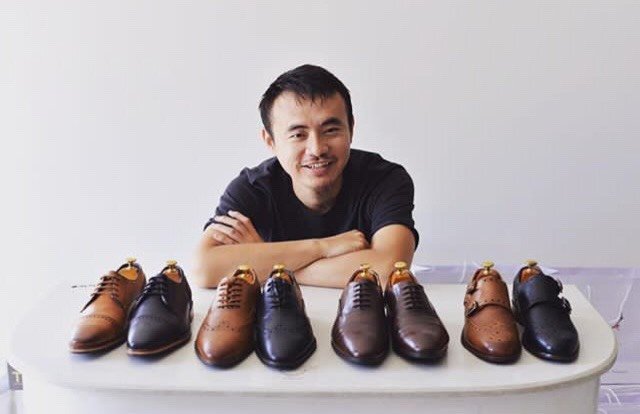